As soon as I got my blog, I was determined to blog AT LEAST once a week.
Well, last week I failed. BUT it was because I was busy getting ready for this past weekend.

When a past bride/client of mine, Erin, contacted me a few weeks back about coming to her open house at her work on May 16th, I was so excited but bummed at the same time. At Wagon Train, they have an open house for all their customers to attend on every third Saturday of each month. This month of May, since it is starting to becoming wedding season, they decided to have a wedding themed open house. I was SO excited that Erin thought of me and invited me to her open house, but I had to let her know that I was busy, but at the time didn’t know with what. You might be asking, “How was I busy, but didn’t know with what?” Well, two months ago David, my boyfriend, told me he was planning something for our anniversary weekend. So, I knew I would be busy, but at the time I did not know with what. Once I let Erin know that I could not make it on the 16th, her and her mother came up with a plan of having me be at the location on Friday the 15th, as a “pre-open house.” I was totally up for that, since it was something I have never done before and still wanted to show my work.

I have been planning on this event for a few weeks now, but I didn’t know exactly how to display my work. As time rolled by I was ordering prints + albums here and there, but it wasn’t until the week before were I started to feel crammed. Between working a part time job, working on my current clients’ work, having friends over to help me pack for my weekend (because I didn’t know what David had planned), it was hard getting ready for this event. I had to paint some frames because I didn’t like the color I had or how it didn’t go with my brand,  I wasn’t sure on how big of a table I needed until a few days before, and I had to make sure I had all my info displayed for people to see. Since I never did anything like this before, I was a little stressed and nervous on how it would turn out. But, everything turned out fine!

As I woke up to a rainy Friday morning, I knew this event wouldn’t be very busy as I was hoping. Once I got there and had my Starbucks in hand, Erin and I talked about all details and what is going to happen while I was there at my table and at the real event. After I got my table set up, I sat there and welcomed everyone in as they walked in. Some would pause at my table to view everything + a few other wedding things Wagon train was selling outside and some would just walk by. Most of the people who would pause, were the ladies, of course! hehehe. As they would view my stuff I would ask if they knew anyone engaged, most of them said no, so I would ask them if they had a family of their own. If they said yes, I would ask if they wanted to enter to win a free family session. Good thing I had a contest for that, because that was the most popular! hehe. During this process of conversing with the ladies, I would get more declines than any sign ups. This was a learning process for me. I usually am not the person to go up to someone to see if they want my service. I believe if someone wants photographs and likes my work, they will come to me. Not the other way around. So with me going out of my comfort zone was SCARY. Let alone having people decline me kind of stung.. but as they day went on, I got stronger. I kept reminding myself that not everyone wants photographs, not everyone has time to enter to win, etc. I kept reminding myself of the reality (even if it wasn’t a positive for me) and that was okay! I gained a lot by just being there at the location, even if it wasn’t very busy because of the rain. As the time was coming to an end, I was getting SO excited to start my weekend with my boyfriend.

Before leaving, Erin + the staff at Wagon train told me that I can still have my table there at the real event, even with out me being there. So I was able to leave my things with them until I got back from my “weekend away.” In all honesty, I was afraid some people wouldn’t like the fact that I wasn’t there at my table. I mean, that doesn’t really give a good impression, right? But I still ended up with a list of people wanting a free shoot and was told that many people took my business cards and that’s what matters, right? People loved what they saw and they were a tad bit interested and that’s what makes me happy.

Once I got home, David was there and we packed his car with my things. There were about three bags. Yeah, THREE bags! That’s what happens when my friends know where David was taking me, but I didn’t. We had to make sure I had everything. Never a bad thing to over pack. 😉 Which, by the way, I really did! hahah! I came back home with outfits that I didn’t even touch while I was away. Anyways, after packing up the car, we went to Chipotle to satisfy our hungry tummies. After having food and we were on our way to our destination, he told me where we were going. He was taking my to Newport Beach. Now, I only live about 15-20 minutes from Newport, so it wasn’t a far drive or an “out there” kind of little vacation, but it meant A LOT. Before this last weekend, I didn’t have a whole weekend off in MONTHS. I left my computer and camera at home. Even though I had no idea where we were going, I knew my phone would be enough. I wanted my time with him, not my business or anything else. He already sees me working at my part time job, helps assist while I’m shooting, or sees me in front of a computer screen working on my business. With tons of planning that he did and the exciting fact that we were celebrating our one year of dating, I needed my time to be focused on him… on US as a couple. Friday evening, we just relaxed. It was nice having an evening off, let alone we were right by the beach! Saturday, he surprised me with taking me to Corona Del Mar, having dinner, watching a movie, and a work out at the gym. All things we did on our second date. How adorable, right!? AHH! Then on Sunday, our actual anniversary, we went to a Mexican Restaurant (If you personally know me, you know I love my Mexican food! hehe) we both haven’t tried, then we made a switch for desert and had a sweet italian treat called, a Gelato. After having full tummies, we relaxed and then went to another movie. It was a great weekend with him that was definitely needed. I am so blessed with such a gentleman and a guy with a true heart not just for me, but everyone. For anyone who has met him, knows how great of a guy he is. I am one lucky gal to have met him. 🙂

So…Yay! I went out of my comfort zone Friday and had a great weekend of no-stress and simply enjoying my boyfriend’s company and everything he planned for our anniversary. 🙂 It was a weekend that I will always remember!

Hope everyone enjoys there week!

Here are some iPhone photos from the open house below: 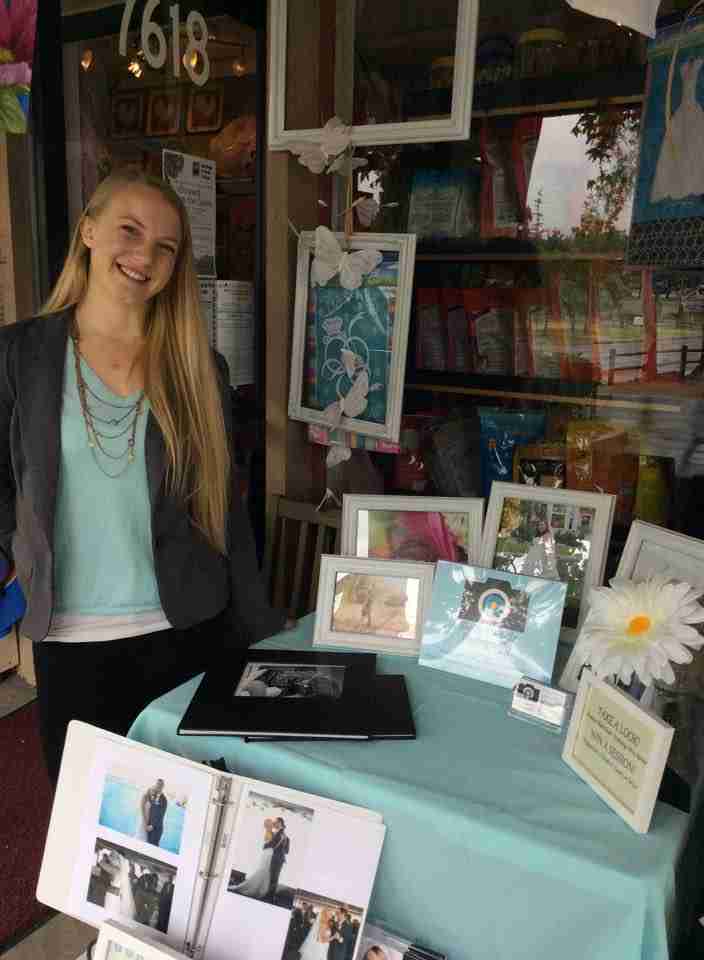 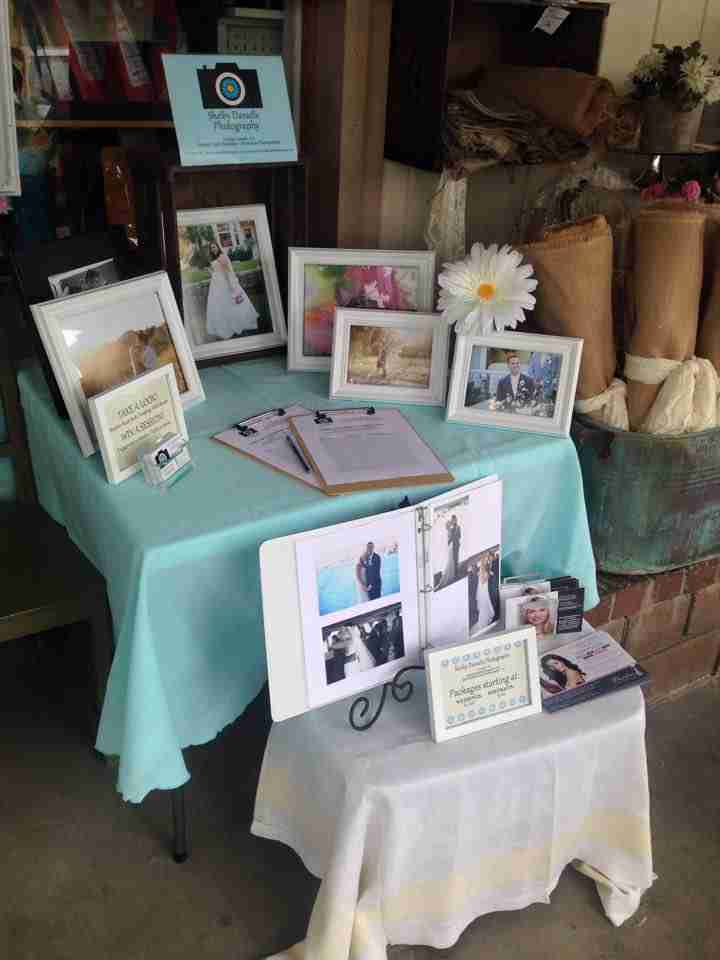 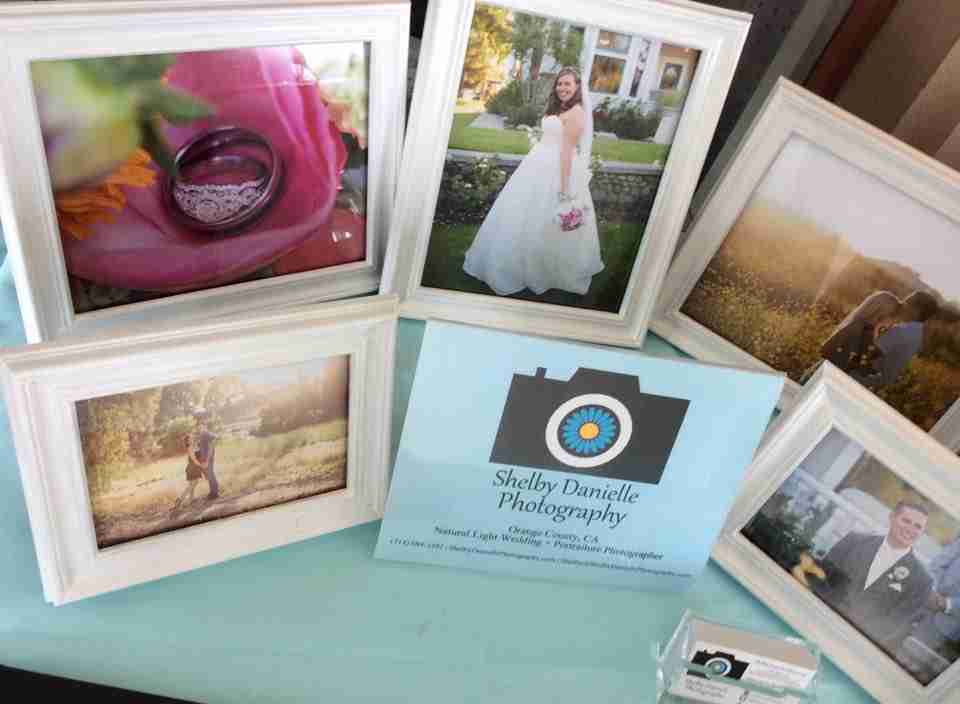